Most foodservice manufacturers have distributor trade programs with big players like US Foods, Sysco and Gordon Foodservice. Reconciling dollars on volume, claims and growth is a notorious challenge for manufacturers in their relationship with distributors.

With a smart trade spend management application (and business partner), you can manage, settle and report your trade spend dollars from one system.

The ability to manage and monitor data in your TPM supports a big picture trade strategy.

Recently, Mercado noticed that an operator’s claims were pending for a greater number than the TPM application’s calculation.

So, Lantmännen Unibake’s team drilled down into the data’s details.

They identified that Sysco had entered the wrong information on the operator contract. It wasn’t difficult to catch the error.

“Blacksmith TPM pended the claim because it didn’t match to the contract. It’s because of the detail we capture in the claims and contracts that gave the Lantmännen team visibility and the ability to catch the error,” says Mercado.

What was the error?

Lantmännen Unibake’s distributor customer was charging a deduction per pound rather than per case, costing the manufacturer nearly $7,000 in superfluous claims.

Lantmännen brought this to the distributor’s attention, and they resolved the error and will now see those over deductions paid back. Plus, the contract has been amended so that moving forward the deductions are based on case.

The Lantmännen Unibake trade team continues to work on understanding the distributor price structure to ensure they have the proper deal and price information for claims processing.

Since catching its first error, the Lantmännen Unibake team found another big issue. . .

. . . The same distributor has been deducting for CATMAN / core items that are expressly excluded from their Purchase Allowance programs. This is something Lantmännen Unibake was never able to verify or quantify before using a TPM solution.

The Lantmännen team was able to single out a data abnormality and go directly to the source to have it resolved.

Visibility is one of the great benefits of using a TPM system – something the Lantmännen Unibake team hadn’t had access to before. There’s so much value in the ability to identify the root of the problem – confirming that some customers are requesting more than allowed.

If you’re a foodservice or retail CPG manufacturer, you should designate an internal resource to look at and validate claim information.

Deductions are a serial offender to lost trade dollars.

Sometimes the mistakes are due to freight costs and sometimes a sales rep incorrectly enters the program. Regardless, catching errors is a big win.

Denise Donati, Finance & Trade Manager and Jeff Byrk, Director of Finance talk about their easy to use TPM:

Lantmännen Unibake is one of Europe’s largest bakery groups with 35 bakeries in 15 countries. In 2001, the company began production in the USA and a few years later the St. Petersburg Florida bakery was constructed. They market frozen and fresh bakery products for retail and foodservice markets. In 2018, Lantmannen brought in Blacksmith’s TPM application.

The purpose of Unibake is to help people feel satisfied and happy in every corner of the world. We aim to reach billions of people around the globe with our breads and pastries to make billions of tummies smile. 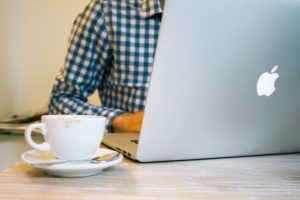 How to Effectively Manage Broker Commissions and Relationships The Importance of Data Visualization